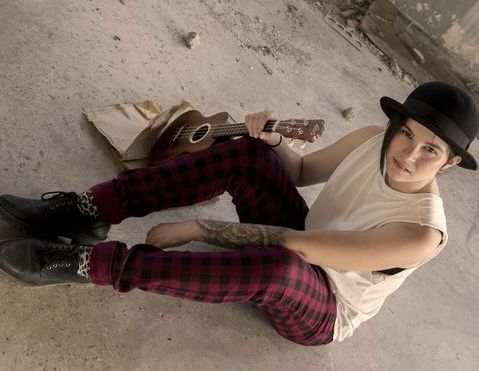 My name is Elpida Karali (Eli Kay) I am a Greek singer-songwriter, ukulele and bass player! I was born in Athens, Greece on October 11, 1991. From an early age I was interested in making music. An important part in that played a video game called the legend of Zelda which inspired me in many ways.At the age of thirteen, I was convinced that music is what I want to do by a band called Gorillaz so I started guitar lessons and began writing and composing my own music.

While my passion for music continued throughout my high school years I decided to dedicate myself fully to my music.

As a high school student I was mainly influenced by post rock music such as: The cure (which will always be my favorite band since it showed me the true value of a good bass player in a band and pushed me into becoming a bass player), Siouxie and the banshees, Joy division, Bauhaus and Nick Cave.

One of the most important parts in my development as a musician though was played by Amanda Palmer. Her simplicity in composing is outstanding and introduced me to the ukulele.

…In the summer of 2009 I became a student in TEI (Technical Educational Institution) of Epirus in the department of Traditional music and started playing the bass.
As a degree student I started expanding my horizons in music and experimented with many genres like blues, jazz, darkjazz, indie, folk, psychedelic, electro and many more. Some of my favorite bands at the time where: The XX, Ladytron, Infected mushroom, Bohren and the club of gore, Caravan Palace, Modest mouse, Eurythmics and Cocorosie. 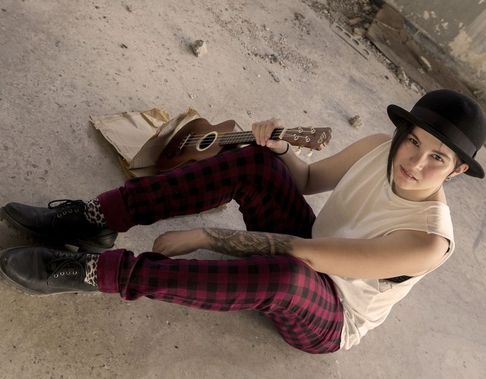 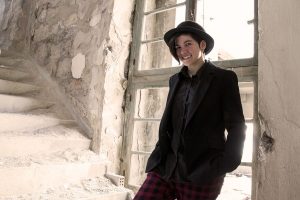 As soon as I finished my studies, I started recording my demo and soon after that I moved in London for about 3 months were I did some small courses in bass performance, singing and music production.

During my stay in London though I started listening to indie/alternative music even more and was heavily influenced by it. Artists like: Syd matters, Marble sounds, Alt-J, Mogwai, Sparklehorse and Massage to bears, helped me create and piece together my own musical style.
Upon my return I started working on my EP with Michail Kechagias and Kostas Parisis and it was a truly enlightening experience working with them! «Echoes»,«If love is a sin»,«Wonderful world» and «Our song» are my recent produced songs , soon to be released.
After we were done with the recordings I returned in London to do my master course in production of popular music.